How to Gain Weight the Healthy way

Why Am I So Thin?

Some are so thin that they dread walking under a cool breeze for fear of not been blown away like a kite in the parking lot….

Could that really happen?

JUSTIN is trim and fit but not altogether happy with his body. “I’m trying to put on some weight,” he admits. His current diet therefore consists of five meals a day, amounting to 4,000 calories. However, he wants the added weight to be solid muscle. So he adds: “A buddy of mine and I get up early and go to the gym together some days before work to lift weights.”

Vanessa is also on the thin side. But she is quite content with her weight. “When I was younger, kids used to tease me and call me bean pole,” Vanessa recalls. “But I don’t worry about it anymore. I just accept myself the way I am.”

‘Accept yourself the way you are.’ That sounds like good advice. But it may be advice that you find hard to apply. As a teenager, you may be in “the bloom of youth.” (1 Corinthians 7:36) Particularly tumultuous is that period of rapid physical change known as puberty.

During puberty, parts of your body may grow at different rates; your arms, legs, and facial features may seem hopelessly out of proportion. This can leave you feeling awkward and unattractive. Then there is the fact that not all youths develop at the same speed.

So while some of your peers may have developed a muscular physique or a womanly figure, you may still seem thin in comparison. Although much has been said about youths who feel that they are overweight, often overlooked are youths who feel that they are too thin. This may particularly be the case among certain ethnic groups and in some countries where thinness is not considered a sign of beauty.

In such regions a thin girl may suffer cruel teasing for being “skinny.”
What about boys? According to researcher Susan Bordo, “studies on body image that had been done in the decades prior to the ’80s had suggested that when women look[ed] in the mirror, they saw nothing but flaws.” And men? Continues Bordo: “Men looked in the mirror and saw either an OK image or actually an even better one than what was warranted.” But in recent years, that has begun to change.

Noting that men make up over a quarter of cosmetic surgery patients, Bordo associates the current upswing of young men’s interest in fitness with the “perfect” male bodies shown on underwear ads in the United States and other Western countries. Naturally, this has impacted teenage boys. They may feel inadequate if they do not have the muscular physique of male models.

So if you are thin, you may find yourself wondering, ‘What’s wrong with me?’ The good news is that likely nothing is wrong.

Why You Are Thin 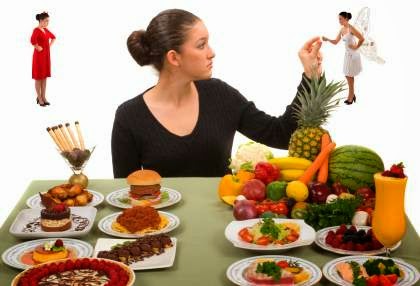 For many youths, being thin is perfectly normal. Often it is simply a side effect of the growth spurt and the fast metabolism that come with adolescence. Usually your metabolism will settle down as you get older. However, if you are extremely thin despite a healthy diet, it would be good to see your doctor to rule out any health problems, such as diabetes, which can cause weight loss.

Steven Levenkron, a well-known expert on eating disorders, told Awake!: “I recall a severely underweight young woman who was referred to me with a diagnosis of anorexia, and she did look like someone with an eating disorder. But I soon realized that her problem was physical, not psychological.

Her family doctor had failed to diagnose Crohn’s disease, a severe intestinal disorder. That oversight could have been fatal for this girl.” If you have diabetes or any other illness that causes weight loss, you are wise to follow your doctor’s advice carefully.

Of course, sometimes thinness can be a symptom of emotional distress. In his book Anatomy of Anorexia, Dr. Levenkron notes the claims of some researchers that a significant number “of insulin-dependent diabetics have eating disorders, ranging from compulsive overeating to bulimia to anorexia.” A qualified physician can determine if such an eating disorder exists.

Let’s assume that you have seen your doctor and that you are thin but healthy. Now what? At Job 8:11, the Bible says: “Will a papyrus plant grow tall without a swampy place? Will a reed grow big without water?” Just as a plant thrives when it has the right environment and nourishment, so you need a balanced diet if you are to develop into a healthy adult. This is important whether you are trying to gain weight or lose it.

Don’t be tempted, though, to start eating a lot of fatty foods so that you’ll gain weight more quickly. When conducting a study of the training diets of bodybuilders, nutritionist Susan Kleiner observed that they consumed about 6,000 calories per day! But according to Kleiner, “the worrisome finding about this study was that they ate, on average, more than 200 grams of fat a day.

That’s almost as much fat as you’d find in two sticks of butter! Short-term, that’s enough to make most people sick. Eaten habitually over time, such an enormous amount of fat will lead to heart disease.”

According to the U.S. Department of Agriculture (USDA), the foundation of a balanced diet is made up of carbohydrates such as breads, cereals, rice, and pasta. Next in importance are vegetables and fruits. 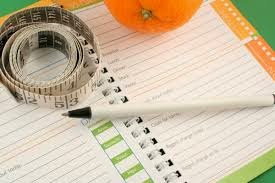 In order to monitor just what and how much you are eating, you might try keeping a food diary. Carry a pocket notebook for a week, and write down everything you eat and when you eat it. You may be surprised to discover that you are not eating nearly as much as you think, especially if you are always on the run.

As an active teenager, you may easily burn 3,000 calories or more per day! You may also find that your diet is not as balanced as it should be—with too many fast foods such as burgers and pizza and not enough fruits and vegetables.

Above all, avoid quick-fix solutions like anabolic steroids. Sad to say, steroid abuse is not just a problem among teenage boys. Reports The New York Times: “The increased usage [of steroids] among girls, which some researchers attribute in part to a kind of reverse anorexia, has caught up to levels that began to be established by boys in the 1980’s.”

A shocking 175,000 teenage girls in the United States admit to taking anabolic steroids. 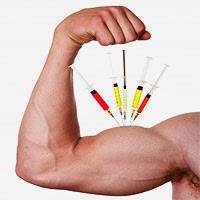 These drugs have been associated with a host of tragic side effects, including unwanted facial hair, menstrual irregularities, and breast cancer in women, prostate cancer in men, and clogged arteries and liver cancer in both women and men. Steroids should never be taken without a doctor’s prescription and supervision.

Being Modest and Realistic


The Bible tells us to be ‘modest in walking with our God.’ (Micah 6:8) Modesty involves an awareness of one’s own limitations. Modesty will help you to be realistic about your appearance. No, there is nothing wrong with wanting to look good. But being obsessed with your appearance benefits no one—except perhaps the fashion and diet industries.

Fitness experts agree that the average male simply doesn’t have the right genes to be a world-class bodybuilder, no matter how well he eats or how much he trains. And if you are a girl, it may be that your body will not fill out, no matter how much you eat.

Interestingly, a little attention to your wardrobe might do a lot to offset what you may perceive as physical imperfections. Avoid outfits that unnecessarily accentuate such aspects of your figure.

Some suggest wearing light colors, as dark shades tend to make thin people look thinner.
Remember, too, that far more important than your appearance is your personality. In the long run, a pleasing smile and a kindly demeanor will do more to make you attractive to others than chiseled muscles or a certain dress size. If your friends constantly put you down for the way you look, seek out people who value you for who you are inside—for what the Bible calls “the secret person of the heart.” (1 Peter 3:4) Finally, never forget that “mere man sees what appears to the eyes; but as for Jehovah, he sees what the heart is.”—1 Samuel 16:7.