The Truth about Ebola in Lagos Nigeria

The TRUTH about Ebola in Lagos, Nigeria The early hours of yesterday which happen to be Friday 25th of July 2014 was not a friendly one. First i got the news from my wife about Ebola Virus confirmed to be in Lagos and was brought into the country by a Liberian.

i didn’t want to believe until i switched on my mobile device and dived into facebook social media and BBM just to see the shocking news littered everywhere on the web.

Switched over to the TV an on Silver bird, the shocking news was also confirmed. So for some hours, i chose not to say a word about it till i have all facts confirmed, and now, am here not to scare you about the Virus with no known cure yet, but to help you look beyond the present crisis and hold on purposefully to a Preventive option.

Now, it is no longer a question of if the News about the Liberian who was caught with Ebola and quarantined in an hospital in Lagos is real or not, the fact is this man is confirmed Dead as we speak!

This surely tells us why we need to at least put ourselves together, panic less and put on our thinking cap and follow logical steps that will help us stay FREE from this deadly Ebola Virus.

But before the practical steps, lets take a short history on the genesis of Ebola Virus. 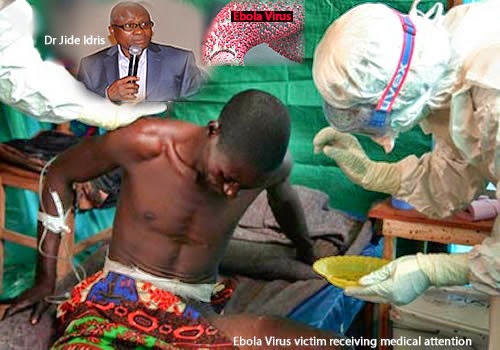 The Ebola virus is ferocious. It can kill quickly. There is no vaccine against it, and there is no known treatment for its victims.

Ebola was first recognized in 1976. Named after a river in Zaire, the disease struck in southern Sudan and a short time later in northern Zaire. A smaller outbreak occurred again in 1979 in Sudan. After that, except for a few isolated cases of people dying with Ebolalike symptoms, the disease vanished for years.

So lethal is the Ebola virus that scientists who study it in Atlanta do so in a maximum-security laboratory built with a ventilation system that prevents any airborne microbe from escaping. Before entering the laboratory, scientists don protective “space suits.” They shower in disinfectant when they leave.

The teams of doctors who came to Kikwit brought protective gear with them—disposable gloves and caps, goggles, and special coveralls that do not allow penetration by the virus.

In contrast, most residents of Kikwit lacked both the knowledge and the equipment to protect themselves. Others knowingly risked or lost their lives in caring for ailing loved ones.

Friends and family carried the sick and the dead on their back or shoulders with no protection at all. The consequence was a terrible loss of life; the virus devastated whole families.

Searching for the Source

Scientists wanted to find out where the virus came from. This much is known: Viruses are not free-living organisms, able to eat, drink, and multiply on their own. To survive and reproduce, they must invade and exploit the complicated machinery of living cells.
When a virus infects an animal, often the relationship is one of mutual coexistence—the animal does not kill the virus, and the virus does not kill the animal. But when a human comes in contact with the infected animal and the virus somehow passes to the human, the virus may become lethal.
Official records show that 315 people contracted the disease and that 244 of them died—a fatality rate of 77 percent. Ebola is quiet for the moment. In Jehovah’s new world, it will be silenced forever. (See Isaiah 33:24.)
Meanwhile, below are Practical Steps to follow: 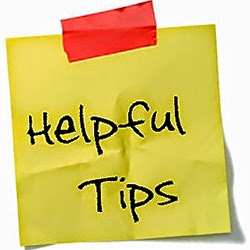 (1) Please have  a personal hand sanitizer and use it as frequent as possible like every 30 minutes so as to kill any form of germs and bacteria that might be having some selfish plans for you.

(2)  Before welcoming your spouse with your expected romantic kiss and hugging , hold your breath and allow your spouse to have a clean thorough bath perhaps with an effective hand and body liquid soap.  Soak your clothing immediately with a friendly biodegradable detergent to neutralize any form of germs and unwanted parasites.

(3) Staying away from the  hospital the Liberian with Ebola Virus was quarantined will not in any way, stop it’s spread among the people. We want to understand that this Ebola Virus is very much different from terrorist who rocks the nation with bombs, this is a microbe that jumps from an infected person upon close contact, so don’t be confused.

(4) The Liberian surely did not jog down to Lagos State Nigeria from his country, he must have sat in the      Plane with other Nigerians, walked in the same airport, exchanged his Visa and his international passport with airport officers who must have also contacted every other passengers in that airport. So do your best to avoid unnecessary handshake for now or if that handshake is very very important, immediately use an effective hand sanitizer

(5)  Do not buy and eat any fruit directly without washing it first very well.

(6) Try your best to stay away from eating any meat that you do not know it’s source, bush  meat, meat from apes e.g monkeys and its families and most especially your lovely ‘Suya’.

(8) Unlike HIV, Ebola can be spread through contact with body sweat or saliva, so take caution when you sit in the ‘danfo’ buses in Lagos or when you want to out of your generosity, kiss a stranger

(11) Prepare your meats yourself, if possible.

(12) Get hand sanitizers for yourself and your families,a
nd make sure you have them in your children’s school bags.

(13) Lastly, our health is our responsibility, there are lots of fake hand sanitizers around, you can follow this link and get a very safe one spiced with the hydrating goodness of honey, lavender and kills 99.9% of germs. CLICK HERE 1 thought on “The Truth about Ebola in Lagos Nigeria”